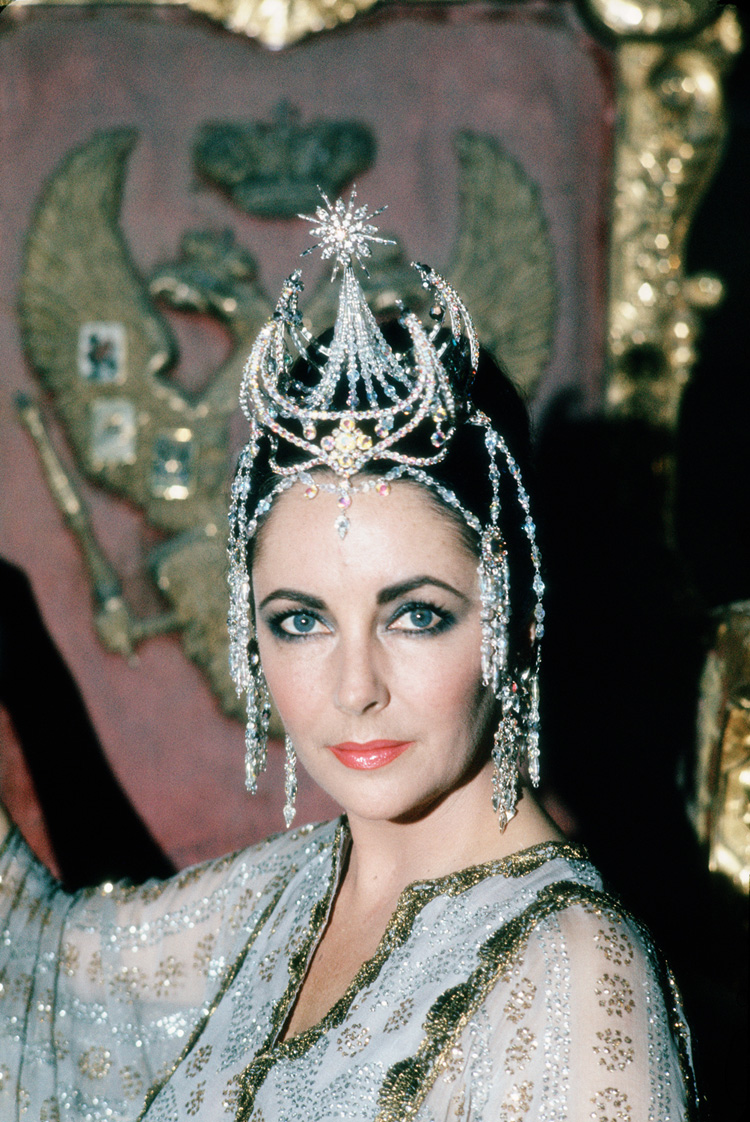 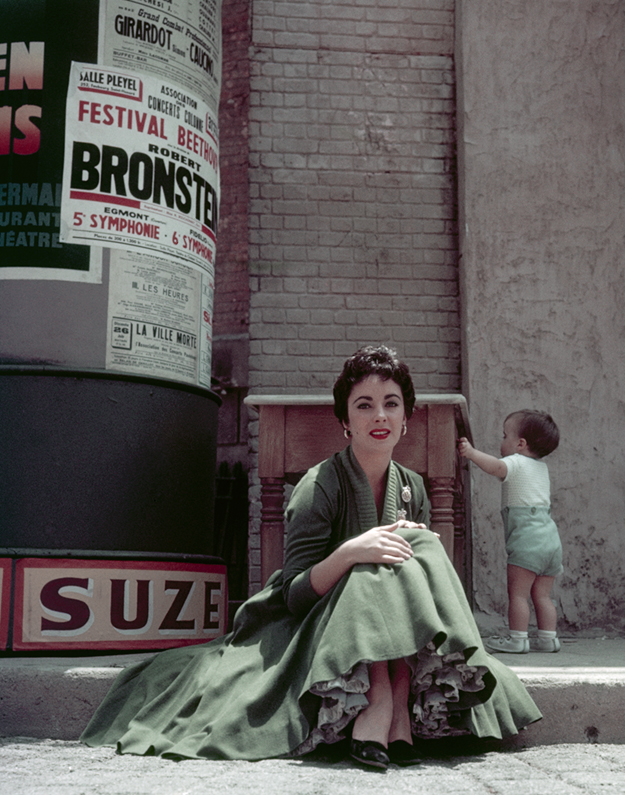 Elizabeth Taylor’s birthday was this past weekend. February 27th.

I always wanted to go to Russia. We traveled to St. Petersburg for two weeks to photograph Elizabeth Taylor, Jane Fonda, Ava Gardner, and Cecily Tyson. Milton and Life had the world exclusive on George Cukor’s film “The Blue Bird”, a fairytale by Maurice Maeterlinck. Away from the movie set, Milton wanted a more glamorous location for Elizabeth. What could be more regal than the palace of Catherine the Great, now the famous Hermitage Museum.

Let's remember, this is 1975 in the Soviet Union. The Cold War is on and the KGB is everywhere we were. This building and all of its objects are sacred, historic, one-of-a-kind items from Russia's past. For Milton, it's a 300-room prop.

Milton selects the throne of Peter the Great with the understanding that it was to be used as a background. When the KGB leaves the room, Milton whispers to Elizabeth, "Sit on the throne." She being MGM royalty, loves the idea, smiles, and slides right on. Now, he realizes there wasn't sufficient light, so he scrambles to modify a portable strobe using a hotel napkin to diffuse the light source. I'm having a heart attack. Elizabeth is smiling through clenched teeth “Milti, for Christ’s sake, take the fucking picture”.

I never saw Milton break a sweat before, even when he worked with royalty, but he was drenched when it was over. Imagine the tension of not knowing for days what you had or didn't have until the Life lab called to congratulate him. After all, it was a one-shot deal never to be duplicated.

View more of Elizabeth Taylor's photos at our gallery.

While on a photographic assignment for McCalls in 1969, Milton H Greene took this color image of action star Lee Marvin sitting on a beach preparing to do some fishing. 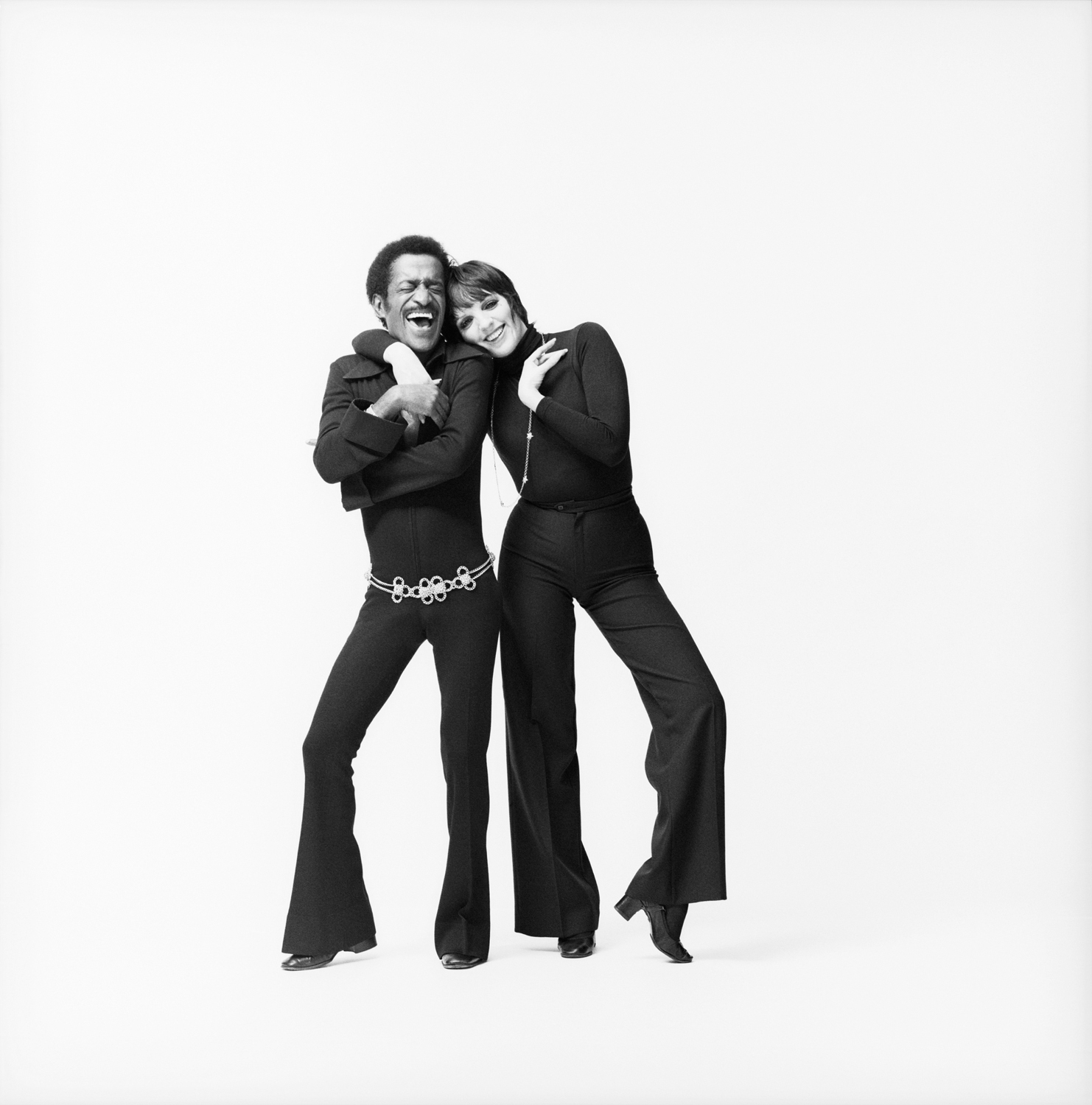 1990 Grammy Legend Award Winner Liza Minnelli and 2001 Grammy Lifetime Achievement Award Winner Sammy Davis Jr. scheduled a joint performance in Miami, Florida, 1976 and Milton was there to get it on film. This image was one of many promos taken at the Diplomat Hotel in preparation for the upcoming event, which heralded $100-$250 ticket prices per person. 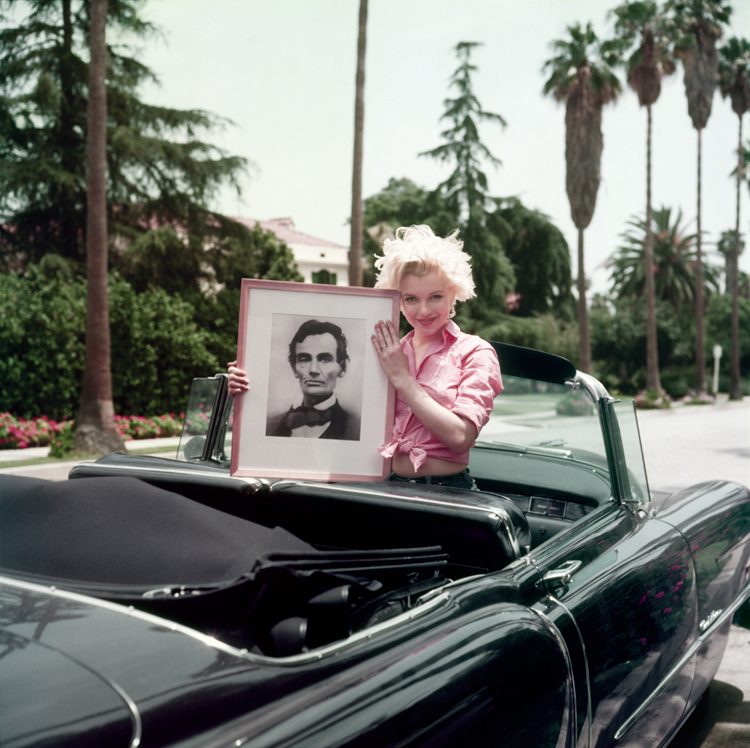 On a Los Angeles street in 1954, Milton H. Greene took this image of Marilyn in a red checkered shirt posing in a brand new Cadillac holding a portrait of one of her heroes, Abraham Lincoln. The car was given to her by Jack Benny for appearing on his television show and it took only a phone call by Benny to the Cadillac Corporation, one of his sponsors. One sunny day Marilyn asked Amy Greene, Milton's wife to go for a drive in her Cadillac. Being too cold, Amy refused and Marilyn excitedly showed off a trick she had learned. Just turn on the heat! Marilyn exclaimed to which Amy replied, "Brilliant!"
No Comments »
Diahann Carroll 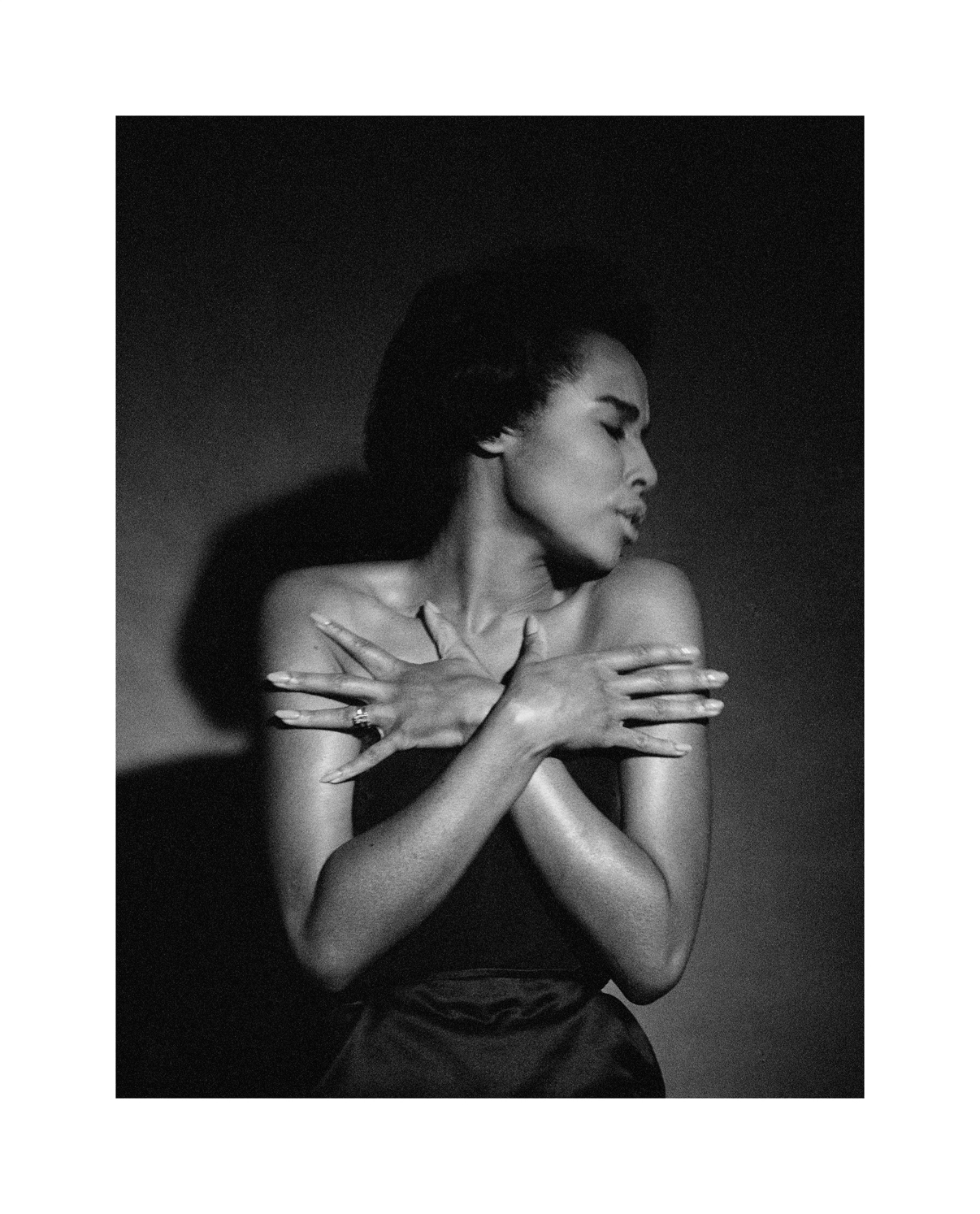 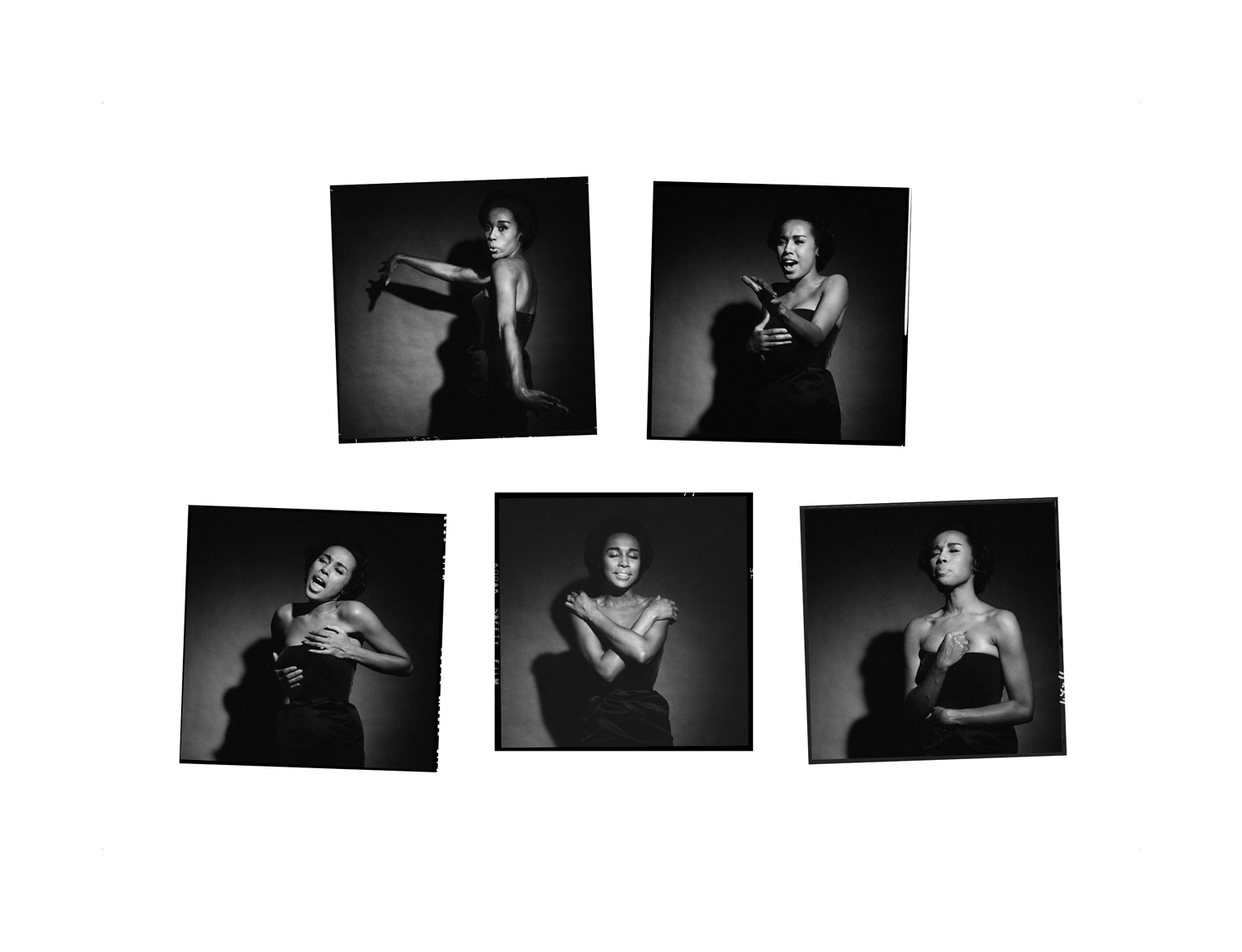 "Fortunately in my youth I had the joy of working with the brilliant Milton Greene. He added such vitality and beauty to his work, which greatly influenced me for the rest of my life.

I just had my baby and went to the studio wearing this fitted yellow jacket.  I came out of the dressing room wearing a bustier, tights and heels. Milton would love to experiment and try things. He looked at me and noticed that I was still a little pudgy from baby. He looked at the color background and told me to go put on the jacket I was wearing. Being a pupil in the presence of a master, I put it on and Viola!  It was perfect.

One night he and Joe picked me up to go to a party in Los Angeles. He looked at what I was wearing and said “What are those satin bows on your shoes”. I said “What about them”.  He said they are distracting and ruining the line of the silhouette. He and Joe immediately removed them and the three of us looked at me in the mirror and saw a great pair of legs and a new pair of shoes. The affect of this attention gave me a whole different confidence and body language.

I wasn’t accustomed to a man who took the initiative to alter my clothing so that I would appear more beautiful. Milton would walk over to me and say “You don’t need that extra pin or accessory. Always remember the cleaner the better.” He did teach me to take advantage of what I had and it gave me confidence, which was good for a young girl who grew up in Harlem or is it Yonkers.”

Excerpted from But That's Another Story by Amy & Joshua Greene. Published by powerHouse Books.